The History of Industrial Conveyor Belts

The History of Industrial Conveyor Belts 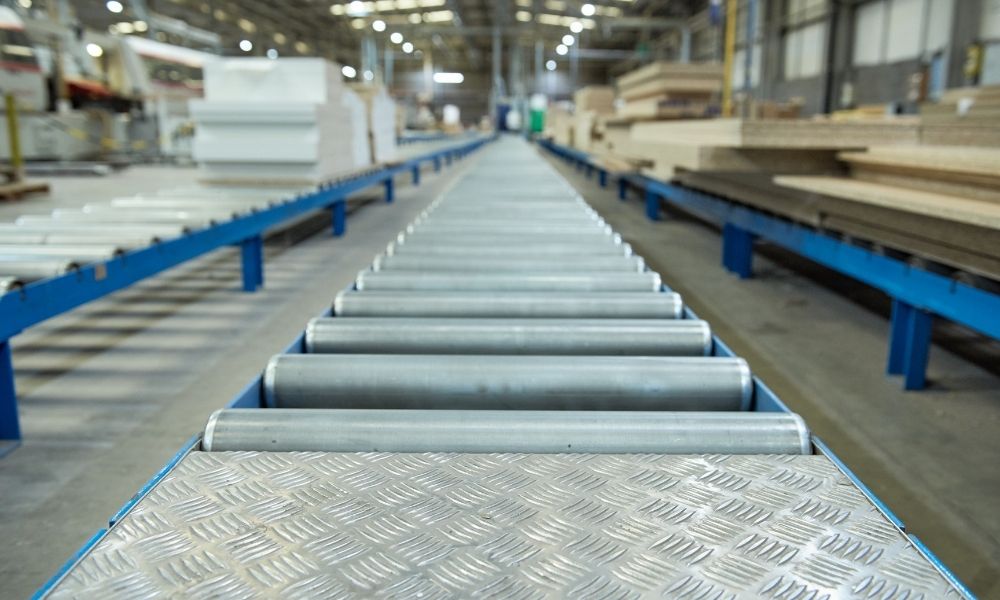 Pharmaceuticals, food handling, luggage transportation – conveyor systems are extremely beneficial to a wide range of industries and operations. When reflecting on a conveyor belt’s advantages, you may wonder how the machinery got its start. Redline Systems recalls the history of conveying systems and how they’ve evolved with time.

When Were the First Conveyor Belt Systems Created?

The history of industrial conveyor belts begins in the early-1800s. The British Navy created a steam-powered conveyor belt. The belt would transport long-lasting biscuits from bakeries to packaging and exporting areas, where assemblers would prepare them for Navy crews.

American inventor Thomas Robins added his own spin on the conveyor system, creating a conveyor belt machine for the transportation of coal and ore for his milling company. The machine gained reverence at the Paris Exposition World Fair in 1900, winning the Grand Prize.

Since the early-1900’s, several inventors and manufacturers mocked up conveyor belts for custom use. Ford Motors, of course renowned for their contribution to the automobile industry, owes much of their success to conveyor belts. Incorporating a conveyor system into their assembly line boosted the company’s production greatly.

Ford’s productivity and efficiency were much thanks to the convenience and versatility of conveyor systems. Being such a successful, well-known brand, Ford’s use of the conveyor belt inspired other companies to follow suit. The conveyor belt quickly became a conventional resource for manufacturers everywhere.

The Evolution of Conveyor Systems

Conveyor systems have remained incredibly superior to various industries. Over the years, manufacturers and designers evolved conveyor models to be safer and more efficient. It wasn’t until the late 20th century that conveyor system designs began to take the shape and structure of the conveyor setups we know and utilize today. You can appreciate the conveyor belt when you take at the history of conveying systems.

As one of the leading conveyor companies in the industry, Redline Systems designs conveyor systems with productivity and safety in mind. Our complete inventory of conveyor systems caters to a wide variety of industrial needs. Whatever your company’s operational needs are, make material handling and transportation easier with our versatile conveyor systems. Contact us today to discover which modern conveyor belt option will function best in your workplace.