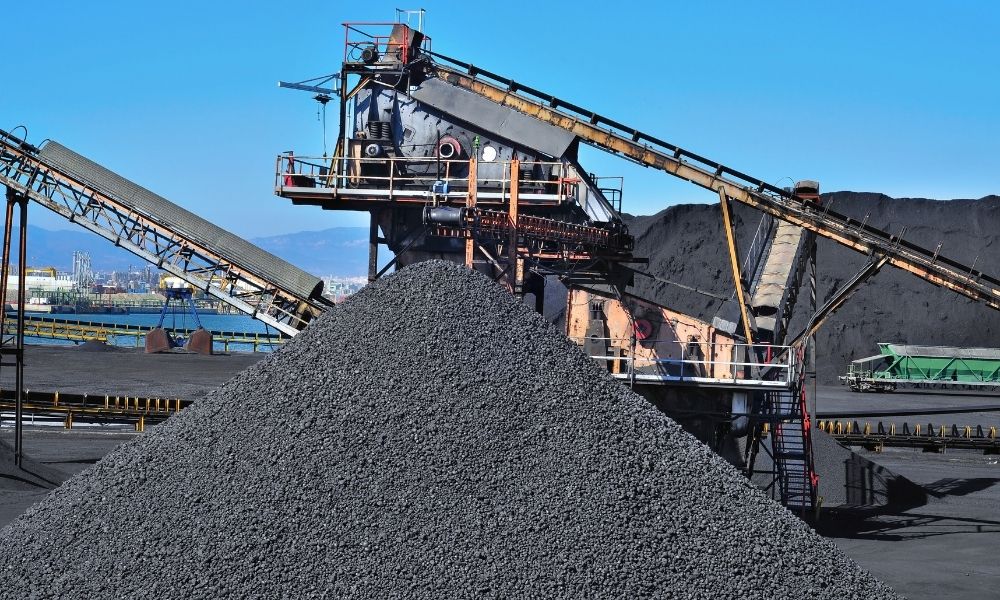 The first heavy-duty conveyor belts were invented by Thomas Robins in 1892 for use at Thomas Edison’s mining company, the Edison Ore-Milling Company, in Ogdensburg, New Jersey. These belts couldn’t go inside the mines yet, but they helped with the transportation and sorting of large amounts of heavy stone material.

Then, an innovation in 1905 allowed for conveyor belts to be used in the mines. The belts were preferred over mining carts because they were less expensive, easier to maintain, and could be moved between sites rather than being a permanent installation.

This efficiency would be crucial. As industrialization continued to grow in America, mining was increasingly relied upon as coal became the primary source of energy. At its height in 1918, the US produced 680 million short tons of coal in a year, a feat that wouldn’t be possible without the help of conveyor belts.

Ford Motors and the Assembly Line

Many people believe that Henry Ford invented the conveyor belt or the assembly line. These two things maximized the effectiveness of his factories so they could mass-produce the cars that would literally drive the American economy forward into the next generation. Before Ford, cars were ineffectively assembled one at a time by a team of mechanics. But with the conveyor belt, they could be moved down a line where a specialist worked on one specific part for every car.

Suddenly, a Model-T only took an hour and 33 minutes instead of the previous 15 hours of assembly time. This time reduction meant Ford could produce enough cars for them to no longer be a luxury but a tool of the working class. Other industries saw Ford’s success, and soon enough, the assembly line flooded its way into every industry.

As the conveyor belt spread throughout commercial production, factories were creating surplus at rates never seen before. That meant more goods at lower prices. American consumers took advantage of this, which gave rise to the decade of decadence: the Roaring 20s.

The efficiency that conveyor belts afforded to manufacturing allowed America to grow into an industrial powerhouse. Its application in the automotive and mining industries was instrumental during America’s massive infrastructure overhaul in the early 20th century.

With this newfound understanding of how conveyor belts helped the American economy boom, you now know their importance in the place of manufacturing history. If your company or operation needs help to expedite its processes, check out the quality supply at Redline Systems for state-of-the-art industrial conveyor belt systems you can use in a multitude of ways.